On July 30, 2021, the largest wild fire on record for the State of Hawaii blazed through the Big Island of Hawaii scorching between 40,000-50,000 acres and burned for several days before it was able to be contained and put out.   Severe drought conditions and winds of up to 50 mph created the perfect storm that pushed the fire faster than resources were available to put it out quickly.

Much of the West side of the Island of the Big Island was impacted by a blanket of thick black smoke that resulted in the evacuation of three communities, including the Pu’u Kapu Hawaiian Homestead and Waikoloa Village, a popular vacation destination. 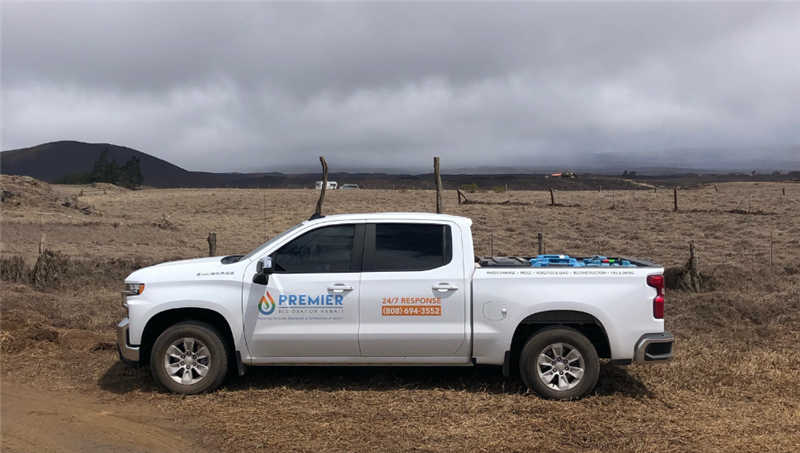 While the fire continued to blaze, Premier Restoration Hawaii responded swiftly to provide aid. Our initial response included a helpful pamphlet and link to a video that we quickly produced over the weekend when the fire first broke out which provided instructions on how to properly and most safely perform smoke and soot damage clean up for those opting to take on clean-up efforts themselves without professional intervention.  Premier Restoration Hawaii employees volunteered their time to set up check points at the following locations where they handed out the helpful information along with a free bottle of the 9-D-9 Odor X cleaner and disposable gloves featured in the video and informational document:

For families who were severely impacted at the base of the fire, we provided complimentary set up and use of our highest-grade air scrubbers to help them return to at least a portion of their home so they could pack their things to relocate as the fire continued.

While only 2 homes located on the Northern part of the island were reported as a complete loss due to the fire, entire communities were severely impacted and relief efforts just to get residents back into their homes expanded for weeks after the news had moved on from the story.  Ranchers lost their entire fleet of livestock and many homes near the fires were so impacted with soot and smoke damage that they were uninhabitable without intense cleaning efforts. 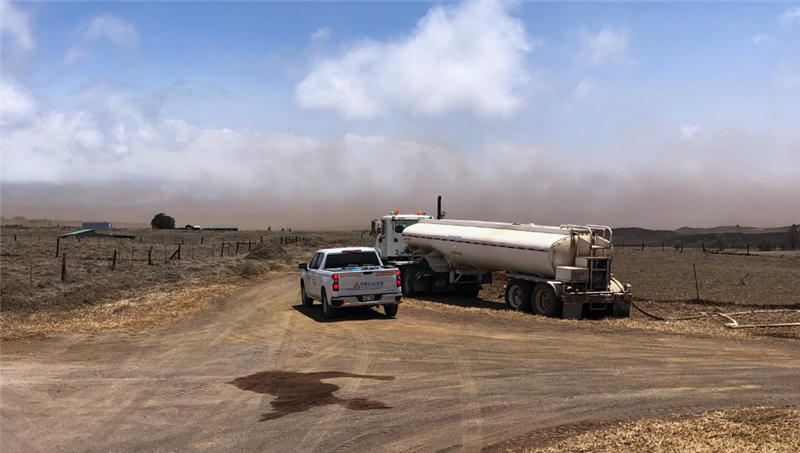 We focused much of our volunteer restoration efforts on the heavily impacted Pu’u Kapu Homestead, homesteads inhabited by Native Hawaiians, because very few of the properties in this specific community are insured.  This meant, many from this area would not be able to get their homes professionally cleaned and stable before returning.  Knowing their limited resources, we ensured that professional grade cleaning products and help from our team of IICRC Certified Fire and Smoke Damage Restoration technicians were readily available to provide valuable guidance and assistance throughout the clean-up process.

“Because many members of our staff are from the communities that were hardest hit, our volunteer efforts were never about promoting our services and truly dedicated to just getting our own community up and running again” says Leimana Fonoimoana, Premier’s Hawaii Island Business Development Manager.  “This was truly a team effort by State and County workers as well as the residents of Hawaii Island and we just felt honored to have had this incredible opportunity to serve our community when it was needed most.”

Our staff has IICRC Certifications 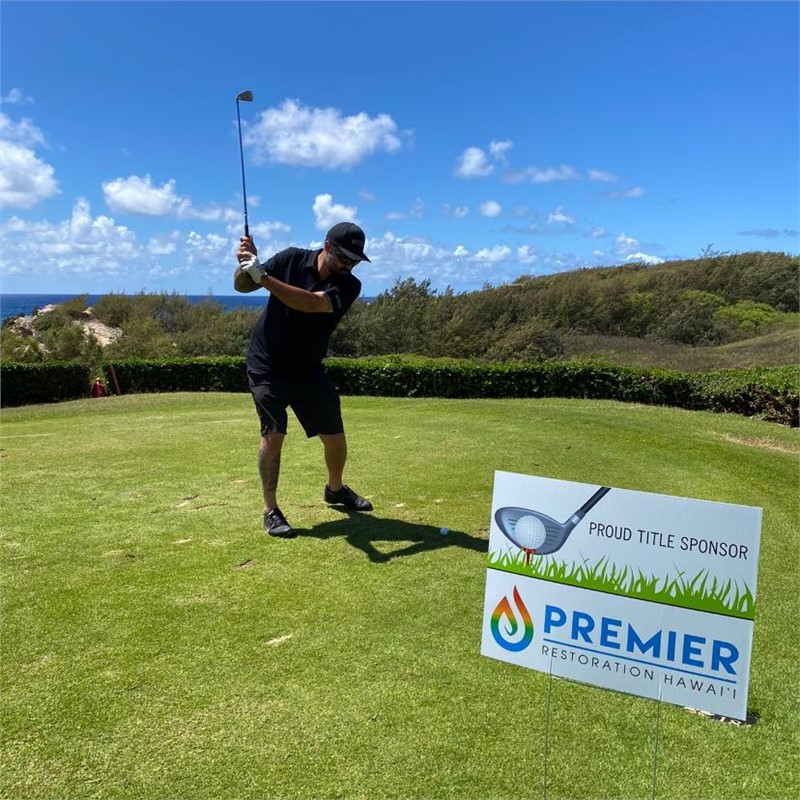 Before & After: A Maui Home's Transformation from Major Fire Damage to Brand New!